If you’ve been paying attention for the past few years, the idea that Allen West is wrong about something is hardly news. His latest public opinion, though, is more than a little baffling because in this case he seems not to understand how conservativism works.

Here’s his take on the whole Donald Sterling trainwreck. Now, I’m not going to argue the idea that we ought to have some privacy, and while you’d never hear the kind of corrosive bile coming out of my mouth that you heard from Sterling if you taped my every word for a million years, it’s certainly true that I’d be annoyed if someone secretly recorded a private conversation and then released it into the wild. END_OF_DOCUMENT_TOKEN_TO_BE_REPLACED

Those who know me will attest to my taste for fine single malt and American microbrews. But my little secret is now out. I’m also a rum-whore. Always have been. And I’m a stone cold sucker for a good rum punch, little umbrella and all. Especially in the summer. Or Hawaii.

So with summer nearly upon us, I thought a fitting subject for Food & Drink Week would be my favorite rum punch recipe.

When I was in Kauai a few years ago I fell in love with their take on the classic Mai Tai – they call their top shelf version the Tai Chi. END_OF_DOCUMENT_TOKEN_TO_BE_REPLACED 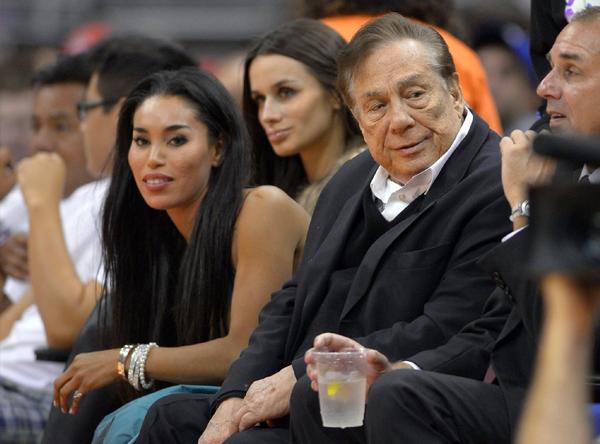 Donald Sterling’s appalling racist rant: the NBA must force him out of the game NOW

Clippers owner tells girlfriend not to bring black people to his games, officially replaces Cliven Bundy as America’s racist icon of the moment.

Holy fuck. Are you kidding me?

Donald Sterling, the owner of the NBA’s Los Angeles Clippers, told his girlfriend not to post pictures on Instagram of herself with black people and not to bring black people to his basketball games, according to an audio recording posted by TMZ.

In the recording, Sterling and his girlfriend are fighting over a picture she posted to Instagram of herself with NBA legend Magic Johnson, and Sterling demands that she stop “broadcasting” that she associates with black people. Sterling tells his girlfriend: “You can sleep with [black people]. You can bring them in, you can do whatever you want. The little I ask you is not to promote it on that … and not to bring them to my games.” END_OF_DOCUMENT_TOKEN_TO_BE_REPLACED

It may seem like a small thing, but if you write for one of America’s premier tech magazines, you have a responsibility to understand how probability works.

Earlier today Wired published an article on how a new Quantum theory could explain the flow of time. Great stuff, and really interesting. Definitely give it a read.

But in the course of the article the writer makes a mistake that I see more often than I’d like. Here’s the graf, and I have boldfaced the problem section.

Consequently, a tepid cup of coffee does not spontaneously warm up. In principle, as the pure state of the room evolves, the coffee could suddenly become unmixed from the air and enter a pure state of its own. But there are so many more mixed states than pure states available to the coffee that this practically never happens — one would have to outlive the universe to witness it.

END_OF_DOCUMENT_TOKEN_TO_BE_REPLACED

Cliven Bundy is not a racist

He meant that The Negro would be better off as a slave in the progressive way.

What the hell is wrong with you people? END_OF_DOCUMENT_TOKEN_TO_BE_REPLACED

The NCAA has announced it will no longer accept coursework from two dozen online charter high schools around the country. These schools employ a curriculum from a for-profit company called K12 Inc.

The move is understandable, I suppose. K12 has been heavily criticized for producing abysmal results. END_OF_DOCUMENT_TOKEN_TO_BE_REPLACED

The American Basketball Association: remembering the six best things about a true original

The ABA was an innovator that changed the face of modern basketball.

Some of the league’s new ideas survived and made their way into the game we see played today. Here are our six favorite ABA things, in no particular order.

1: The three-point shot. The ABA didn’t invent it – the idea had been around for some time, and Abe Saperstein’s ABL was the first league to implement it back in 1961 – but they knew a great idea when they saw it and were the league responsible for popularizing the rule that has utterly transformed the game over the past 40 years.

UPDATED: I have been informed that this was an old NBA rule that predated the ABA. So scratch item #2, and I guess it’s now the five best things about the ABA. Apologies.
END_OF_DOCUMENT_TOKEN_TO_BE_REPLACED

I don’t have anything new to say, but I thought that we ought to pause and reflect on that day and all that has transpired in its wake.

Through the years I’ve written about Columbine several times, attempting to make sense of it, perhaps create a bit of context and perspective. The first in this extended series, “Columbine and the Power of Symbols,” which was written shortly after I visited the site a few days later, is still very hard for me to read.

I have compiled the rest of my writings on Columbine here, and invite you to track along with my journey.

So much has changed, so much remains the same.

Art is like life: you never know which direction it will hit you from next

You have to have a plan, but happiness depends on how well you roll with the punches.

No plan, however well conceived, survives contact with the enemy. – Military Adage

Everybody has a plan until they get punched in the mouth. – Mike Tyson 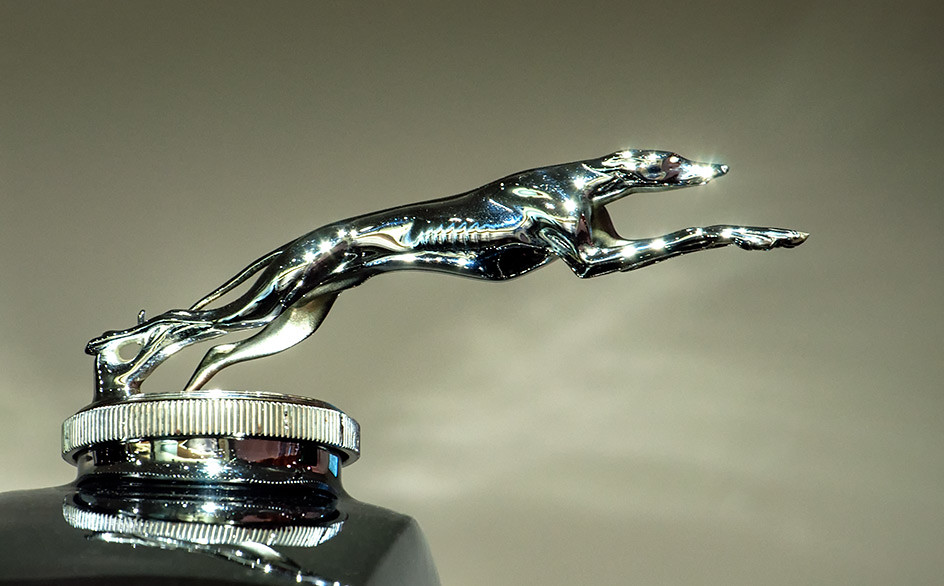 END_OF_DOCUMENT_TOKEN_TO_BE_REPLACED

Online dating tips: tell OK Cupid you’re looking for the opposite of what you really want

Childless in Seattle? Not for long. Jim, let’s meet those bachelorettes.

If you were to review my OK Cupid profile, you’d find this:

And, just to be clear, this:

So today, OK Cupid e-mailed me this: END_OF_DOCUMENT_TOKEN_TO_BE_REPLACED

It’s Matt Grimm Day at S&R and we’re celebrating music with a social conscience. Join us? 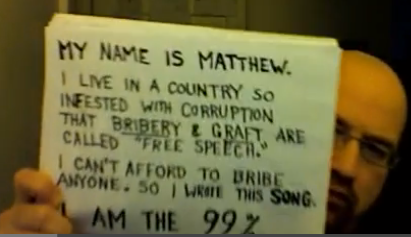 We love great bands and artists of all stripes around here, but by now it’s probably no secret that we’re champions of the overlooked genius. I don’t know. Maybe I’m projecting because I think more people ought to pay attention to me and as such I identify with those who don’t get the credit they deserve.

Whatever. My personal narcissism issues notwithstanding, our friend Matthew Grimm is a recording artist whose talent merits the attention of a very large audience. END_OF_DOCUMENT_TOKEN_TO_BE_REPLACED

Charles Keating, high priest of the Church of Jesus Christ Sociopath, is dead

Keating was an icon of the Old Testament morality that defines American culture.

Religion is the sigh of the oppressed creature, the heart of a heartless world, just as it is the spirit of a spiritless situation. It is the opium of the people. The abolition of religion as the illusory happiness of the people is required for their real happiness. – Karl Marx

Charles Keating, the fixer at the center of the infamous Keating 5 scandal, is dead. Let’s all lift a glass to mark the passing of an evil man.

The Economist‘s obit is a must-read.

Mr Keating was so doughty in this holy war that Richard Nixon appointed him in 1969 to the national commission on obscenity. When the commission produced a feeble report, Mr Keating dissented. He wrote that “Never in Rome, Greece or the most debauched nation in history has such utter filth been projected to all parts of a nation.” At meetings of his 300-chapter organisation, Citizens for Decency through Law, he would stride round with a big red Bible in his hand. Sundays saw him devoutly at Mass, with thousands of dollars given to Catholic causes. Such was his local influence that when the Supreme Court ruled that obscenity should be judged by “community standards”, every adult theatre in Cincinnati closed down.

Strange, then, that this knight on a white charger—as he saw himself—was also the man who bilked 23,000 investors out of their savings. The total loss was $250m-288m, and the cost to the taxpayer $3.4 billion. In 1984 he had bought Lincoln Savings, a savings and loan association based in Irvine, California, and turned it into a piggy bank for his own American Continental Corporation. He persuaded Lincoln investors to swap their secured bonds for ACC’s junk ones, claiming that these too were backed by the government. Then he speculated freely in foreign exchange, risky development and tracts of raw cactus desert. Staff were exhorted to prey on “the weak, meek and ignorant”.

END_OF_DOCUMENT_TOKEN_TO_BE_REPLACED

Ultimate Warrior dead of heart attack: was he sick on Monday Night RAW?

Jim Hellwig’s appearance on RAW was electric, but he was clearly not in good shape. 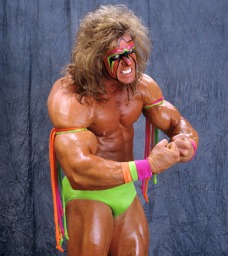 I’m stunned. Jim Hellwig, who starred as The Ultimate Warrior for the WWF (now WWE) in the late ’80s and early ’90s, is dead at 54. The timing is remarkable. After years of tension with the WWE, they recently mended fences and on Saturday night he was inducted into the promotion’s Hall of Fame alongside other luminaries like Scott Hall (Razor Ramon), Jake Roberts, Lita (Amy Dumas), Carlos Colon, Bill Moody (Paul Bearer), and Wrestlemania I main eventer, Mr. T. Two nights later he made his first appearance on Monday Night RAW since 1996.

If you were watching, the place went batshit. It was the RAW the night after Wrestlemania, and in many ways that’s the best crowd at any event of any type in a given year. So it was an electric moment to say the least. END_OF_DOCUMENT_TOKEN_TO_BE_REPLACED