Where Am I Going to Find Laughter? 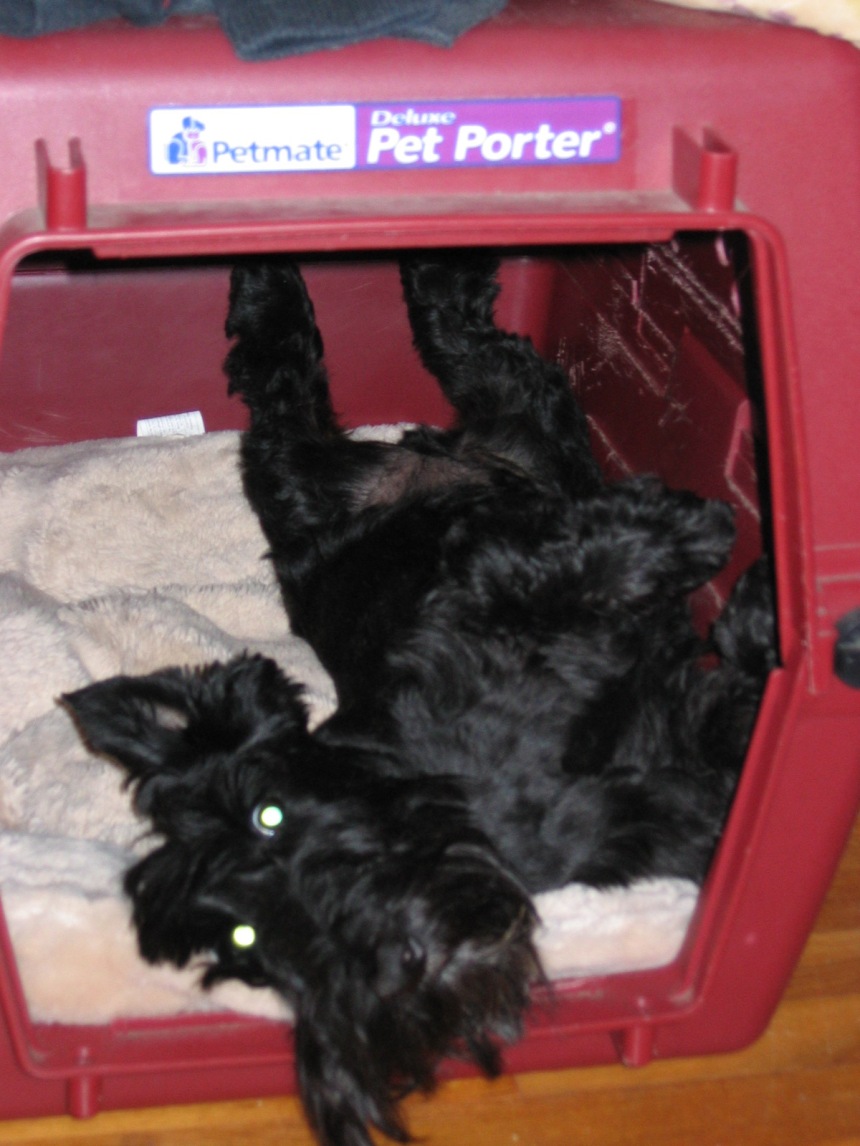 People keep asking how I’m doing. Not well, I fear. I mean, I’m functioning. I’m very good at compartmentalizing, so I can go to work and get things done and most people probably would never realize anything was wrong.

But no. How could anyone be doing well?

In the last day or so I have become keenly aware of what I have lost in Ronan’s death – beyond the obvious, of course. Anyone who has lost a pet they love understands the hole inside you that there really aren’t words for.

But with Ronan, there’s something tangible. Those who knew him can tell you about his charisma. Everybody loved him, and I routinely found myself fielding questions from people who had only been around him a few minutes – are all Scotties like this? Some suggested that they might want to get one themselves.

The thing is, he never tried. Not once in his life did he ever devote an ounce of energy to trying to win someone over. He was his basic little grumpy, aloof self, and people flocked to him. The less he cared, the more they loved him.

It was a remarkable illustration of what my grandmother used to tell me about just being myself. If I had a fraction of his charisma those Dos Equis commercials would be about me.

At the core of that charisma, lurking underneath all the attitude, Ronan was funny. Seriously funny. Not a day we spent together passed without him making me laugh. I mean that literally – not a single day. Except … except at the end.

He’d do something, whether it was his little game of stepping just out of reach and turning his butt to a stranger trying to pet him, or the afternoon puppy crazy ritual, barking, rubbing his face on the carpet, running in circles, commencing as soon as I’d get out his collar to take him for a walk, or his reaction when I’d spread my arms and say “want a hug?” (grump, bark and run away, which we’d do for strangers sometimes)… He could do the same routine 100 days in a row and it never got old.

No matter how dark the day got – and make no mistake, the past several years were packed with hellishly depressing days – I always knew that I was going to laugh, openly, honestly, fully, without restraint, at least once.

I don’t know where the laughs are going to come from anymore. I’m dealing with my grief and I trust that it will pass with time, but the source of laughter in my world is gone and I don’t know how I’m going to replace it.