Wes Brown sent off: the utterly pathetic state of officiating in the Premier League #BREAKINGNEWS 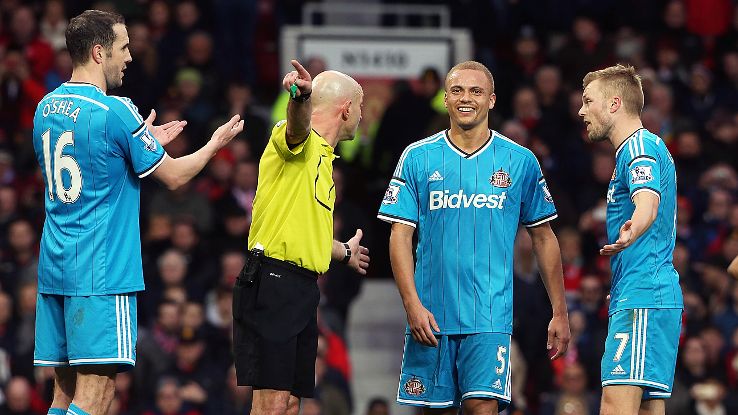 Referee Roger East fucked it in today’s Manchester United/Sunderland match, clearly sending off the wrong player after a foul in the box on United Striker Radamel Falcao. Fine. It’s a fast game and mistakes get made, even by the best of officials.

But no, that’s not good enough.

“From his position Roger East, the match referee, believed he saw contact from John O’Shea and Wes Brown on Radamel Falcao,” the statement read.

END_OF_DOCUMENT_TOKEN_TO_BE_REPLACED

Rose will never be the same, but even healthy he’s never going to win an NBA title. My friend Otherwise is a Chicago Bulls fan. I’m a Denver Nuggets fan. So we commiserate sometimes.

Back in 2009, Bulls point guard Derrick Rose won the Rookie of the Year award. The next year he was an all-star. And in 2011 he become the youngest player in history to be named the NBA’s Most Valuable Player.

The following year he was fantastic again, right up until he blew his ACL. As he was rehabbing, I suggested to Otherwise that Chicago should trade him, then and there. Yes, he was hurt, but there was no reason to think he wouldn’t bounce back and at that moment in time I’m guessing league GMs would have lined up around the block to offer the sun, moon and stars for him. Heck, who could have known that he was going to rip up his knees every 15 minutes, right?

I had two reasons for proposing that the Bulls ship Rose out. END_OF_DOCUMENT_TOKEN_TO_BE_REPLACED