None of this is knee-jerk and I have not arrived here in the absence of a great deal of thought and analysis, as my “Shootout at the DC Corral” post from five years ago makes clear. Recently I found myself in a terse discussion about my views with someone I have just met, someone who is more than a little put off by the idealism of my position and who views them as being divorced from an understanding of reality. And, it has to be said, this is someone I like a great deal. I care what she thinks of me.

Those who have been reading me since we launched S&R eight years ago perhaps have the context needed to track the nuances of what I think and why, but if you just met me and this topic breaks out over a beer, I can see how my stance might puzzle or even anger you.

This isn’t the first time I have had this conversation, or one much like it. I was once involved in a variety of political lists, and in those environments the idealism vs realism debates are always near at hand. I have also been down this road with at least two very close friends, neither of whom came within a country mile of agreeing with me. These are smart people, people I respect.

So this isn’t a new issue, nor is it black and white, and it certainly isn’t static.

As I hope the DC Corral metaphor made clear, my issues with the Democratic Party in no way reflects sympathy for the Republicans. Hating guy A doesn’t mean I automatically love guy B. This is why the English language has words like “worse,” which enable us to talk about two things that are bad in a comparative fashion. Getting shot is bad. Getting shot twice is worse. And so on. I can’t imagine that anything I have said, written or thought in the last 25 years or so could be construed by an intelligent person as anything other than an all-in loathing of everything the GOP stands for. Bush, Cheney, Rumsfeld, and a host others belong in prison for everything from basic graft to rampant contraventions of the Constitution to war crimes. I hope I have been clear on all this.

Recent events have me thinking about how I might quickly illustrate why I think so poorly of the Democrats, because it would take days to explain it all in detail and I’m sure that if we’re sharing a beer in one of Denver’s many outstanding microbreweries I’m going to wear thin in a hurry. So I have come up with a few brief talking points, and have put them in bulleted form so they can be easily plugged into a PowerPoint, if the need arises. 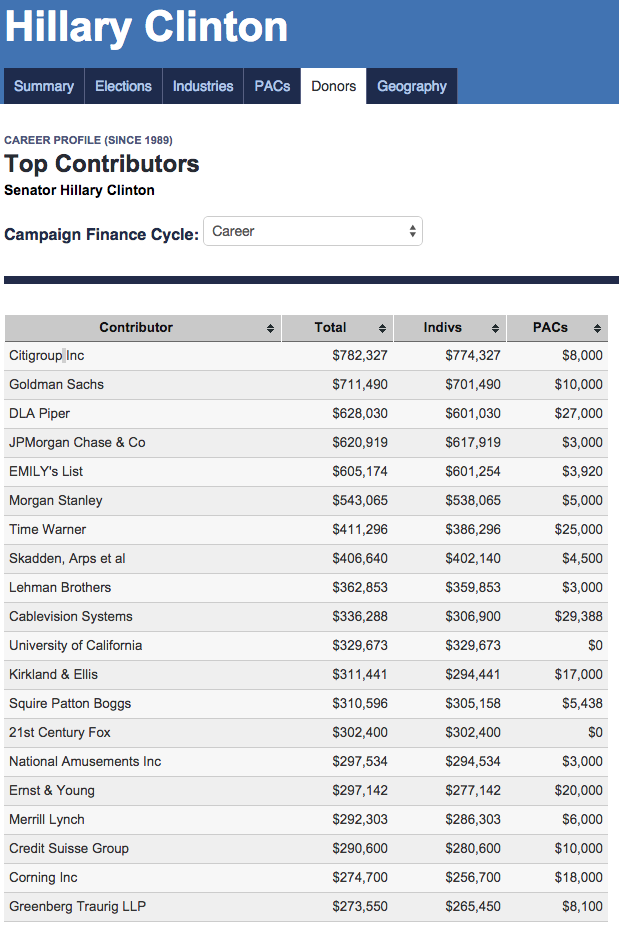 When it comes to Democratic leadership I’m often told that I need to understand the realities of the challenges they face with the GOP. Yeah, I get that. And then I’m asked to acknowledge the importance of getting elected. You can’t effect change if you lose, so what these candidates do, I’m told, is they play a moderate game so they can get in office, and then they start working for positive change.

In other words, the exact opposite, in every way, of what Obama did.

Public servants have voting records. You don’t get to the strong contender stage of a presidential election without a documented history. What policies have you supported with your votes? What bills have you introduced? Who do you take money from and when I view your voting record whose interests do I see being served?

If you’re asking me to believe that if elected the candidate will then shed that history and begin acting in a way he or she has never acted before, what, besides wishful thinking and faith (and an admittedly justified terror that things will continue the way they have been going), can you offer as evidence for this unprecedented turn? Why, in your view, is this behavior plausible – especially when it would lead the candidate away from the power and money he or she has so aggressively courted in the past? Has there been a Road to Damascus moment I have missed?

I am not intransigent. But I do require evidence if I am to ignore the well established historical record before me.

That, in my view, is the soul of realism.

Smart people acting in good faith may well disagree, and I respect that. But this, at least, is why I think the way I do.