Kurt Bardella sees the light. Thanks, but no thanks.

Former Congressional staffer and Breitbart hack may have jumped the GOP ship, but don’t be fooled – his real affiliations and goals haven’t changed. END_OF_DOCUMENT_TOKEN_TO_BE_REPLACED

MLB can’t tolerate the Red Sox acting like the Patriots 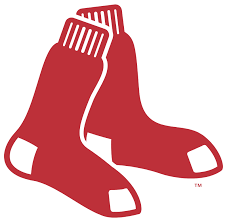 I love my Sox, but they need to respect the integrity of the game.

The Boston Red Sox appear to have been busted for cheating.

The hated New York Yankees have what they believe is conclusive evidence that the Sox were violating the league’s no-technology rule by using video and electronic communications to steal the catcher’s signs and relay them to their players, allowing the hitter to know what pitch was coming in advance. Given the velocity with which today’s pitchers throw and how little time the batter has to assess the pitch once it’s released, this constitutes a major advantage for the guy in the batter’s box. END_OF_DOCUMENT_TOKEN_TO_BE_REPLACED