Photography may have saved my life

One of the symptoms of depression is an addiction to rumination. The vicious cycle of negative thinking that strips us of energy and desire. It is precisely our obsession with working out what makes us unhappy that makes us unhappy. – Chris Corner

You don’t walk away from something that was central to your very being for 35 years without … thinking about it.

Three or four years ago I wrapped my fourth book of poetry and hung up my quill, as it were. I wrote about it at the time, but no matter how self-aware or introspective or pensive or reflective you are, you simply will not fully understand this kind of momentous decision until you’ve had a chance to get away from it and develop some distance and perspective.

Lately I believe I have come to a deeper realization about my relationship with poetry than I ever had, ever could have had, before. When all is said and done, I believe poetry was killing me. Or rather, poetry was the weapon with which I was killing myself.

Here’s how it goes.I realized as a teenager that I liked poetry. Writing it, anyway. Most of what had been written since the middle of the 20th century struck me as banal, bloodless, no-ambition-at-all wankery. In any case, it seemed to me that I had the soul of an artist and a certain knack with words, and so I wrote. In time, poetry ceased being something I did and became what I was. Poet became my identity. No matter what I was doing, I was a poet. If I had a job in advertising, I was a poet working in advertising, and this self-image, this core identity, only grew through the years. In fact, I believe it strengthened when I wandered away. If I was working in a tedious, unfulfilling corporate job, it helped knowing that deep down, I was really a poet. What I did wasn’t who I was.

So far so good, if you’re into self-absorbed self-romanticization.

But there was a problem, one I discovered in my late 20s. I was a good writer – at times a very, very good writer – but only when I was miserable. Pain and anguish brought the beauty out of me. Betrayal was the essence of inspiration. Being cheated on and dumped and mistreated and generally unappreciated by a string of women as long as your proverbial arm, this was the primordial DNA from which muses were born. Fortunately for my writing, I was especially gifted at winning, temporarily anyway, the hearts and bodies of women who would nourish my muse.

The process didn’t simply involve writing about it, though. It wasn’t enough to toss off a few lines and call it done. No, the darkest recesses of my psyche, the places where the anguish had laid its hooks, had to be illuminated and excavated, down to the last vitriolic shadow. It was not an easy road, this, and I do not exaggerate when I say that some of my best poems (and more than a few of my worst) sometimes took months to complete – in more than one case, years, even. Salvation required suffering and self-flagellation of a sort that now, looking back, seems almost pornographic.

Even the best of my work never contented me. Poetry was a mechanism by which I sought to exorcise the demons I had invited into my soul, but even when I was finished, having created something beautiful, having glimpsed for a second or two something genuinely hopeful and divine, I wasn’t happy. I was merely less tormented – until the cycle began again.

Here’s where it goes from vaguely unhealthy to downright self-destructive. See, “poet” had become my identity. And try as I might, I was a very bad poet when I was enjoying life. Sam in Love was as bad as poetry got.

So, since I had to write, since I had to pursue my art in order to be the man that I had decided I was, it was imperative that I be miserable. I didn’t consciously seek out agony. I didn’t say hey, that woman over there looks like pure poison, let’s see what she’s up to after the bars close. But time and again I found myself in situations that were fertile with inspiration.

A young guy can handle a little pain. In fact, it’s probably good for him. But 35 years on the rack – there is simply no calculating the stress I visited on myself in pursuit of my art. It should be mentioned, by the way, that said art never had any hope of connecting with an audience of more than three or four or generating any sort of validation. It was lonely, miserly, self-indulgent work, and while I’m proud of the accomplishment, I cannot say that I am better for it. Nor – and this is critical – is anyone else. If not a word of it had ever been written, the world would be the same. Quantum Mechanics tells us there are infinite alternate universes and in at least one of them everything possible is realized. In none of these universes do the poems in those four books make much of a difference.

How many years did my commitment to being a poet take off my life?

I didn’t quit art, though – just poetry. As I put down the pen I picked up a camera and have been plunging headlong into learning photography ever since. Know what? Photography doesn’t require that I be unhappy. It makes me not just happy, but bubbling-over happy. Yesterday I went to a little park and took pictures of tulips and dandelions. There I was, lying in the grass, crawling in the dirt, taking pictures and enjoying it like few things I have ever done in life. Who knows – I may even have captured something that people will like.

So when I say, in the header, that photography may have saved my life, I’m not really joking. Stress kills. Happy people live longer and are healthier.

I’ll close with a couple of my works that perhaps illustrate the point I’m making. I regard each as being among my best. You tell me which guy seems healthier. And, for that matter, which one you’d rather spend an afternoon with.

1.
Drape those chains across the altar.
Release the moths when she says “I do.”
Pour some coffee in Calliope, for
God’s sake, and
prop her up over there,
by the organ grinder…

2.
A requiem for the wed:
He speaks

3.
Ah, love, let us be true to one another,
goose-stepping along a cliff-edge, as
raptors etch the sword-full sky.

4.
Marionettes convulse
toward the bridal chamber.
We dream of orchids
fluorescing in a bonecage.

And since we’re on the subject of orchids: 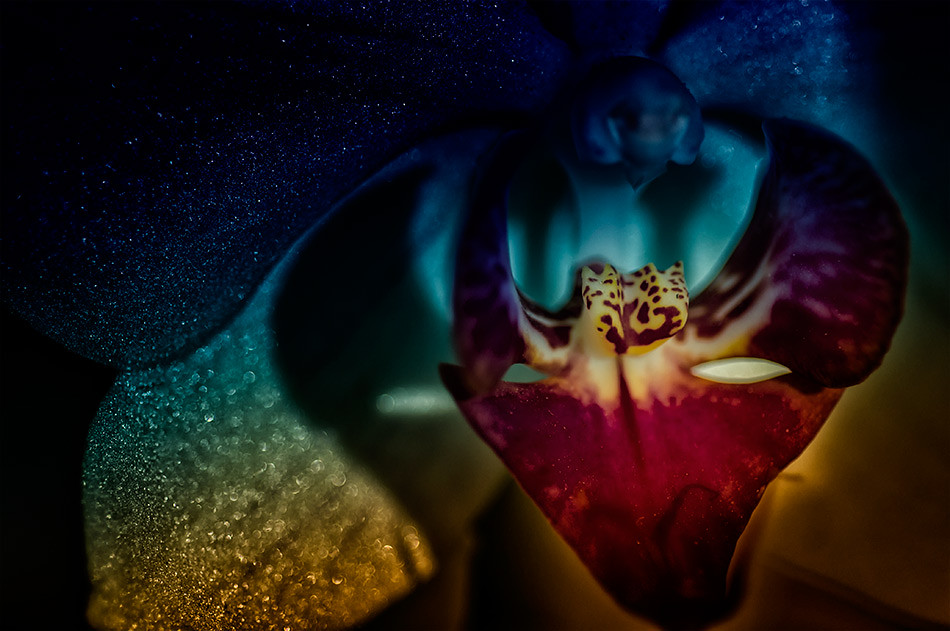 It’s good to be alive.