Pedophilia and our sexualized media: is naïveté a good thing or a bad thing?

The Mr. C case has me wondering if widespread familiarity with sexual themes and content makes today’s youth more or less susceptible to pedophiles.

UPDATE: As explained in the update to part 1, Mr. C is Thomas Tilman Cridlebaugh, a longtime teacher and coach at Wallburg and Ledford Jr. High Schools in Davidson County, NC.

Yesterday I reflected on the conflict I’m facing in light of the revelation that one of the most important influences in my life, a junior high teacher and coach, had been convicted of sexually abusing several minor students. In closing, I wondered how close I came to being one of those victims.

I was a naïve, deeply religious boy. Prosecutors said Mr. C’s dirty jokes and “locker room talk” were “grooming” behavior designed to figure out who might be amenable to his advances.

But that behavior embarrassed me visibly, and I remember him even making fun of me for it. Not harshly, not condescendingly, though. But friendly and understanding.

Now, though, I sit here wondering: did my innocence rule me out as a target? Did my blushing save me?

There, but for the grace of god…

The truth is that while I have agonized over the Mr. C story for months, it was only in the last two days that I came to understand how close to disaster I really was back then. A friend and colleague who knew Mr. C sent me some details I hadn’t seen, and those details were chilling. All that “grooming” behavior that prosecutors said was his way of “testing the waters,” that was a routine part of my relationship with Mr. C for two years. I hadn’t realized it, but I was being tested. 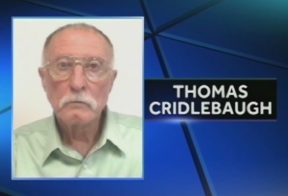 And as important as Mr. C was in making me a better person, the line between what actually happened and the utter annihilation of what could have happened is razor-thin. Had he decided to target me I have zero doubt that it would have destroyed me psychologically. I don’t know where I’d be today. I don’t know if I’d be alive at all. But I know that the boy I was in the early ’70s had no framework with which to make sense of pedophilia and I know he’d never have been right again.

I talked with someone close to me about this issue yesterday, and specifically about the fact that here, 45 years later, I found myself fighting off a case of the shivers over what might have been. My friend has some experience with the subject – a close family member was sexually abused by a trusted friend when they were young, and that relative has never beaten the demons.

I raised the question in yesterday’s post, and also in my talk with my friend, as to whether my naïveté, driven by a general lack of worldly experience and very deep, conservative religious convictions, may have been the thing that saved me. As I noted, Mr. C’s locker room talk embarrassed me tremendously, which, if the prosecutors are correct, may have ruled me out as an abuse candidate.

The irony here is that as an adult, my youthful religious prudery has been something I was ashamed of. It wasn’t until college that I started to emerge from that repressive shell, and I have often wondered how anyone could stand the prig I used to be. But that very prudery may have been the demon-proof armor to which I owe my very life.

Does this, I asked my friend, make children today better targets for pedophiles? Does the more adult content of their lives sensitize them in ways that diminish their defenses? If you aren’t mortified by inappropriate dirty language from the coach because a joke about jerking off is nothing compared to what you and your friends routinely consume in electronic media and talk about yourselves, does this ease the pedophile’s path?

If I were a parent this would keep me up at night. Every night.

On the other hand, maybe the opposite is the case. A number of comments to the post yesterday (both here and on multiple Facebook threads) make clear that while I was clueless about Mr. C, not everyone was. Some students, far less naïve than I, were suspicious of him from the get-go. The more you know, the better you’re prepared, in other words.

So perhaps all the desensitization driven by modern media helps young people more readily tune into to the methods of “pervs”? Maybe naïveté itself opens the door and a cold-eyed understanding of how it all works is a good defense?

I have no clue, honestly. The truth is probably some combination of all of the above, plus other factors as well – good parenting, for instance, which teaches children what to watch for, is probably a huge plus. I grew up in a world where such things weren’t discussed, though.

Ultimately, I hope everyone reading this who has a child will think long and hard about how they can prepare their kids for whatever evil may come slinking their way.