A New Symbol for Progressive Democracy

Social Democracy is not Socialism, but a mixed economic approach that balances the strengths of capitalism with a deep commitment to social justice.

I’ve been flying the flag of the Weimar Republic’s Iron Front a lot lately. If you don’t know who they were, here’s a brief intro: 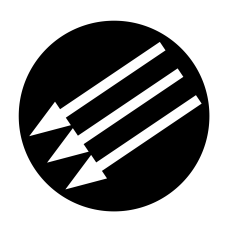 The Iron Front was a German paramilitary organization in the Weimar Republic that consisted of social democrats, trade unionists, and liberals. Its main goal was to defend liberal democracy against totalitarian ideologies on the right and left, and it chiefly opposed the Nazi Party with their Sturmabteilung wing and the Communist Party of Germany with their Antifaschistische Aktion wing.

Formally independent, it was intimately associated with the Social Democratic Party of Germany (SPD). The Three Arrows, originally conceived for the Iron Front, became a well known social democrat symbol representing resistance against Nazism, Communism and reactionary conservatism during the parliamentary elections in 1932, and was adopted by the SPD itself.

Many Americans who don’t know the symbol’s history nonetheless have seen it – the three arrows are widely used by the Antifa movement. 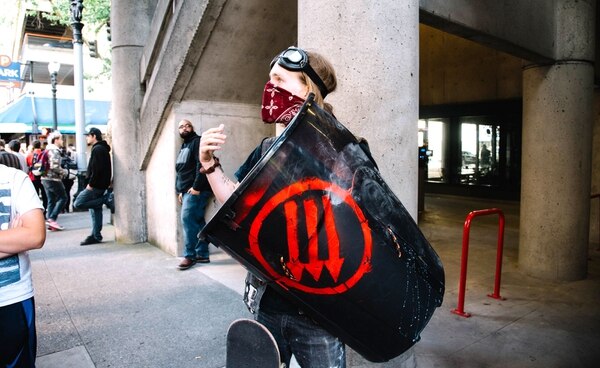 Also, the symbol is used by the Portland Timbers supporters, who enthusiastically back Antifa.

I’ve been thinking about the symbol a lot lately, specifically its modern use and context. As noted above, the three arrows signify opposition to Communism, Nazism, and reactionary conservatism (often in the form of monarchists). These days only one of those three is a salient concern – the racist, authoritarian right that’s all-too-often connected to the Republican Party in the US and various resurgent neo-Fascist factions around the world. 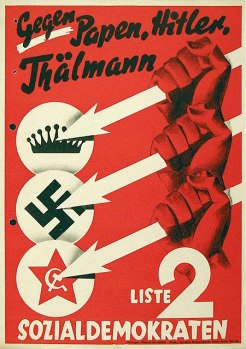 German citizens in the early ’30s knew what the SDP stood for, but here in 2020 that knowledge and context is missing. Worse, establishment and right-wing entities seize on every chance to paint Antifa as anti-American, anti-freedom, anarchist radicals whose only goal is to destroy America.

That’s propaganda, not fact, of course, but it might help if we all stood beneath a banner than was explicitly for something, too.

So what is this Social Democracy the Iron Front supported?

Social democracy is a political, social and economic philosophy that supports economic and social interventions to promote social justice within the framework of a liberal democratic polity and a capitalist-oriented mixed economy. The protocols and norms used to accomplish this involve a commitment to representative and participatory democracy, measures for income redistribution, regulation of the economy in the general interest and social welfare provisions. Due to longstanding governance by social democratic parties during the post-war consensus and their influence on socioeconomic policy in the Nordic countries, social democracy has become associated with the Nordic model and Keynesianism within political circles in the late 20th century. It has also been seen by some political commentators as a synonym for modern socialism and as overlapping with democratic socialism.

While having socialism as a long-term goal, social democracy aims to create the conditions for capitalism to lead to greater democratic, egalitarian and solidaristic outcomes. It is characterized by a commitment to policies aimed at curbing inequality, eliminating oppression of underprivileged groups and eradicating poverty as well as support for universally accessible public services like care for the elderly, child care, education, health care and workers’ compensation. It often has strong connections with the labour movement and trade unions, being supportive of collective bargaining rights for workers and measures to extend decision-making beyond politics into the economic sphere in the form of co-determination for employees and stakeholders.

To be clear, not Socialism, but a mixed economic approach that balances the strengths of capitalism with a deep commitment to social justice. (We can debate “having socialism as a long-term goal” when the long term arrives – the SD road from here to there I suspect will change what our ideas of both Socialism and Capitalism are in ways that render the whole conversation moot.)

I feel like Social Democracy does a pretty good job describing my beliefs (although I’d welcome a truly forward-looking iteration that accounted for the economic dislocations of automation and AI and embedded the certain necessity of guaranteed universal income), and coupled with a disgust for the hate-fueled neo-feudalism many of us face I suspect it encapsulates the sentiments of, at minimum, a solid plurality of America’s voting-age citizens.

So I’ve revised the Iron Front logo into something that more distinctly reflects who and where we are today. 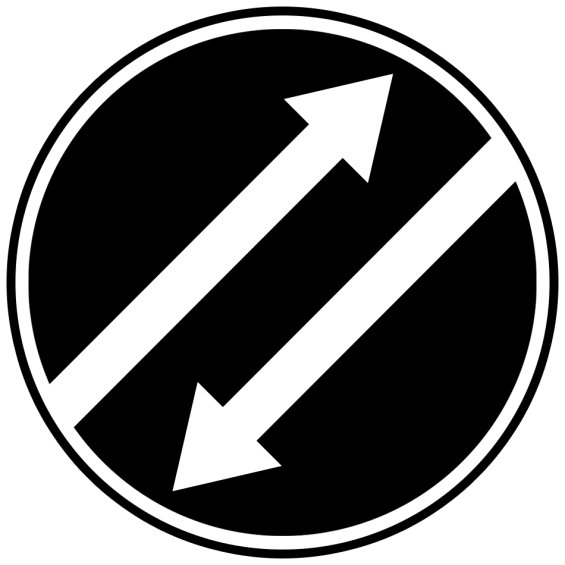 I’ll see what I can do about getting t-shirts. Meanwhile, you’ll notice that row of icons in my new banner on the home page. They signify the things the Pit is concerned with: Arts and Literature, Photography, Politics, Sports and Life/Leisure. This emblem occupies the Politics spot.

Let me know what you think. And also if you have ideas what to call it…