In which I try, and fail, to put the 2015-16 Foxes into perspective for the typical American football fan…

By now even those among you who don’t follow football – excuse me, soccer – have probably heard that Leicester City has rocked the world by winning the English Premier League title. You’ve maybe heard what a huge upset it was. Except you probably still can’t grasp the magnitude, because here in the US lesser teams win titles all the time. ALL the time. (By the way, it’s pronounced LES-ter. Not LIE-ches-ter. And certainly not LAY-cast-er.)

But in the Prem the 12th best team doesn’t get into the playoffs. Because there are no playoffs. There’s a 38-game season, during which you play each of the other 19 teams home and away, and whoever posts the best record over that span wins the cup. Period. No miracle runs by #8 seeds. No wildcard teams winning the Super Bowl. No instances where a team you already beat twice gets one more shot. 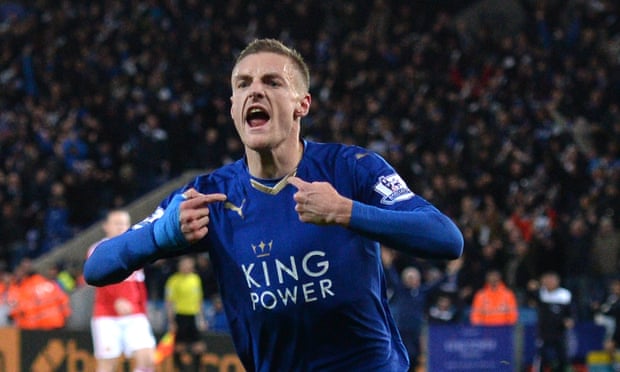 Fine. So how big an upset was it? Well, prior to the season the Foxes were something like 5,000-1 dogs. In other words, if they had been contesting this competition since the dawn of time, Jesus would have been around, statistically speaking, roughly 3,000 years after the last time it happened. You know, like, 500 years before the Great Pyramid at Giza was built. Roughly. Statistically speaking something of this magnitude might happen again in the year 7016.

For a nice point of comparison, this year’s Philadelphia ’76ers, a smoldering dumpster fire of epic proportions and maybe the worst hoops team since Dr. Naismith began hanging up peach baskets, were a mere 500-1.

We’ve seen other upsets, though. We Americans fondly remember the Miracle on Ice, for instance. But that was nothing compared to what Leicester has done. The odds were long that we could take out the Russians, but we’re probably talking 1-in-20 long. If they played 20 times, the US could probably nick one without it being a huge surprise. It just happened to be that night.

No, Leicester had to face down a long schedule in the toughest league on the planet. Instead of a tournament with the mighty Russian hockey team entered, imagine a six-month slog where there are four or five teams in the same elite category. Seriously. Of the 30 richest clubs in the world (and it’s a totally free market, so richest tends to correlate strongly with best), almost half are in the Prem. And it’s a’fixin’ to get worse. So imagine if the US hockey team had been forced to beat several teams as good as the Red Bastards. When they were generally regarded as the worst team in the league. Remember, at the outset most people thought Leicester were a solid bet for the bottom three, which would have meant relegation to the second tier for next year.

In other words, I don’t think there is anything in the canon of American sports, ever, that comes close to what Leicester City has accomplished this season. Get back to me when Robert Morris wins the NCAA hoops championship. 20 times in a row.