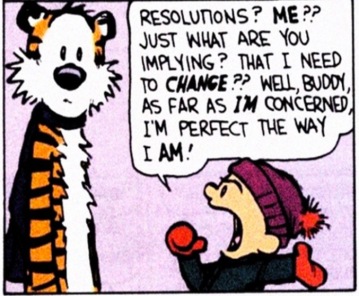 I resolve to be more honest and direct in confronting ignorance and hatred.

Part 1 of a series

When I was a little boy, my grandparents read me the Parable of the Talents (Matthew 25: 14-30). They had a particularly Southern Baptist working class interpretation of what it meant. If you had a gift, the Lord intended you to use it to make the world a better place. If you didn’t, it was a sin and the gift might be taken from you.

“You’re smart,” they said to me. “God means you to use your brain to help others.”

Whether because my ego liked the idea of being smart or because I was innately concerned about other people’s well being, the lesson never left me.

When I got older and started my career, I developed a reputation among those I worked with as a guy who was honest. “You’re a straight shooter. We like that,” they’d say.

The first sentence was true. The second was not. In the business world, it’s rare to find a place where they like pointed honesty. Everybody will say they hate yes-men, but you rarely get fired for saying “hey, boss, that’s a great idea.”

Those who knew me earlier, before I entered the workforce, were well acquainted with my tendency to speak my mind, whether anybody was interested in hearing it or not. I was a … what’s the word someone used not long ago? – ah, right; I was a passionate guy.

At some point I concluded that all this honesty and passion and straight-shooting forthcomingness may not be serving me well, either professionally or personally, so I began working on cultivating a more thoughtful presence. In business this manifested as diplomacy (at its best – the need to survive has made me a rather Machiavellian yes-man at times). In my personal life it meant listen more, think more before responding, privilege the other person’s point of view, take their perspective and life experiences into account, and so on.

The result is that I think I’m a nicer person overall. I’m certainly less of an asshole personally, and I think those who have known me awhile can testify to this (although I have gone through some dark times when the pain made me hard to be around regardless). Professionally I have become a smoother, more effective political operator.

Problem is, I have a hard time pointing to any evidence that being less straightforward has helped my career. I’m nowhere near the place I ought to be, given my experience and abilities, and while I’m sure rounding off those rougher edges makes me more pleasant to be around, I find myself wondering if maybe I overcorrected.

Personally this diplomatic turn has made me better in cultivating relationships, but it has also caused me to … how to put this diplomatically? … it has caused me to brook a lot more foolishness than was strictly necessary. All too often (if we’re Facebook friends you may have seen this up close and personal) I’d let stupidity go unchallenged in the attempt to try and foster greater understanding by reaching across the gulf, etc. If I haven’t seemed especially tolerant to you, I get it. But you should have seen me back in the old days, and you should be inside my head as I’m wrestling the impulse to smite the dumb out of people to the ground.

A question: as you look around whatever part of the world you and I might share, do you see any evidence that kinder, gentler @Doc has ushered in a new golden age of civility and enlightenment?

That’s what I thought.

Two or three recent “conversations” have sort of crystallized it all for me. I don’t know how long I have left, and I have realized that whether I’m here for one more year or a hundred, I don’t want to be remembered as a guy who put being pleasant ahead of being honest, especially in an age when the marshaled forces of hatred and ignorance threaten the very fabric of our society.

No, I’m not resolving to be a dick to everyone who disagrees with me. In fact, I hope to continue growing as a person so that I become the sort of man others want to be around. But you can’t do this by stifling what is best about you and by being inauthentic. So I am resolving to challenge those who spread hate and who work, either intentionally or not, to horse-collar humanity’s march toward a higher and more noble state of existence.

I won’t be putting the tools of diplomacy away, of course. They’re useful. But never again will I let a desire not to ruffle feathers intrude on the need to use my intellect and goodwill to confront those who would drag us back.

In 2017, and for the rest of my life, I resolve to aim high and shoot straight, because I believe this is the best way for me to use the gifts my grandparents told me about when I was a young boy.