Why is America still celebrating Socialism? Labor Day has to end. 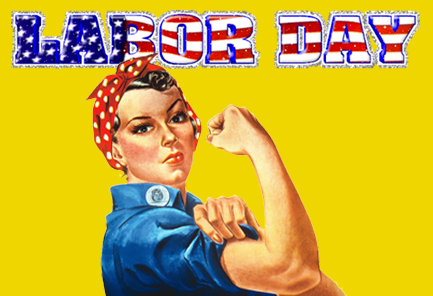 What is Labor Day and where did it come from? Let’s turn to Wikipedia for a brief summary:

Beginning in the late 19th century, as the trade union and labor movements grew, different groups of trade unionists chose a variety of days on which to celebrate labor. In the United States a September holiday called Labor Day was first proposed in the 1880s. An early history of the holiday dates the event’s origins to a General Assembly of the Knights of Labor convened in New York City in September 1882. In conjunction with this clandestine Knights assembly a public parade of various labor organizations was held on September 5 under the auspices of the Central Labor Union (CLU) of New York. Secretary of the CLU Matthew Maguire is credited for first proposing that a national Labor Day holiday subsequently be held on the first Monday of each September in the aftermath of this successful public demonstration.

So, Labor Day is rank Socialism, then? Pretty much.

There has been historical denial at times surrounding the ideas of Socialist politics and “trade unionism,” but when push comes to shove Socialism is the rotting core of US Labor, and the idea of explicitly celebrating workers is wholly consistent with overtly Socialist celebrations around the world, even if we have attempted to disguise it by taking off a Monday in September instead of May 1.

Even The Stream, a Christian God-and-country-and-oligarchy type site, grudgingly says so.

The holiday is a socialist creation, but labor isn’t. Christianity and capitalism do it much better.

That last part would make for a fun debate over a few beers at the barbecue this evening, wouldn’t it? Try bringing it up with your brother-in-law and report back on how it went.

Anyhow, today is the day when millions and millions and, well, hundreds of millions of Americans, a good chunk of whom banded together to elect Donald Trump and a Republican majority in each house of Congress, take the day off to celebrate Socialism. The irony is thicker than momma’s potato salad, innit? Here we are, a nation dedicated to free markets and capitalism taking off work, and getting paid to do so, in honor of Socialism.

That whirring sound you hear? The desiccated bones of our Founding Fathers spinning in their graves.

I did a little math on a napkin here. Check me to make sure I’m not making stuff up. But if the US GDP is $18.57 trillion, and if there are 250 or so work days in a year, then a day off costs the companies who pay us in the neighborhood of $74 billion.

That’s a hell of a party to be throwing for the people dedicated to destroying freedom. Isn’t it bad enough that the same damned Commies got us Saturdays off?

I need you to do two things for me and for America today.

First, I think you should write a letter to your President,  CongressMEN (goddamned PC bullshit) and Senators asking why they condone everyone celebrating a Socialist holiday on the government and corporate dime.

Second, I need you to explain to me why you’re taking the day off.

Get your ass back to work, you bloody goddamned pinko.