How many drugs are you taking that you don’t even know about? (Hint: a lot.) 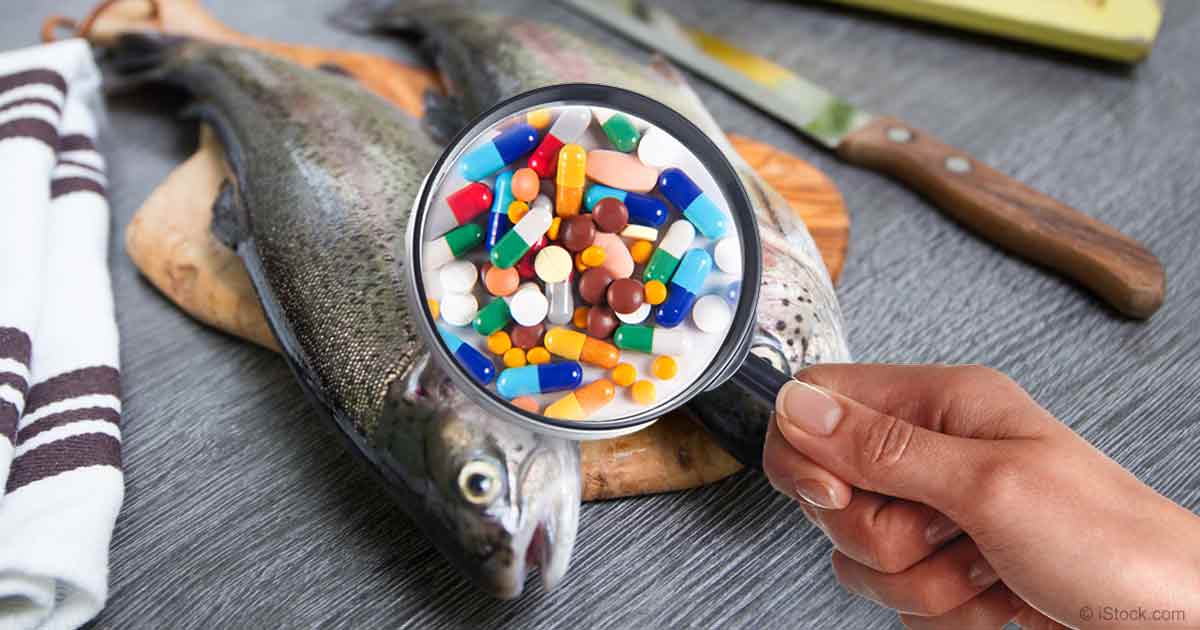 We’ve all read and heard a great deal about pollution in our society – carbon emissions in our air, toxic chemical dumping poisoning our water supply, garbage and industrial waste on land, plus newer concepts like noise and light pollution. The message is clear: our world is dirty, cluttered and getting worse.

There’s another type of pollution, though, that we hear comparatively less about. Unfortunately, it’s one with potentially harmful implications for the air and water we’re leaving our children.

A 2005 study found more than 100 kinds of PPCPs in significant concentrations in sampled waterways. Earlier U.S. Geological Survey research discovered measurable amounts of one or more medications in 80% of the water samples drawn from a network of 139 streams in 30 states. And water samples taken in 2015 found 83 of 117 targeted chemicals in the Hudson River.

This is just the tip of the iceberg. Scores of studies have been conducted in the US over the past 20 years, and the consensus is clear: our groundwater (lakes, streams, rivers, etc.) is polluted with a wide variety of drugs and personal care chemical compounds, including:

It’s not just an American problem, either – prescription medications are found in lakes and rivers, groundwater and soil in more than 70 countries across all five UN regional groups. A 2014 global review of pharmaceuticals in the environment, commissioned by the German government, discovered 631 of 713 drugs tested registered above their detection limits.

Not surprisingly, these chemicals are increasingly turning up in our homes. A 2008 Associated Press review found a broad range of pharmaceuticals, “from pain killers to antibiotics to mood stabilizers,” in the drinking water supplies of two dozen major metropolitan areas, and a 2005 U.S. Geographical Survey/EPA study found 40% of drinking water was contaminated with nonprescription pharmaceuticals. 30% was contaminated with non-antibiotic prescription pharmaceuticals and 10% contained antibiotics.

According to the GAO, most such tests show contamination:

The U.S. Geological Survey found that 53 of 74 testing locations had one or more pharmaceuticals in the water.

A 2008 study funded by the American Water Works Association Research Foundation and the WateReuse Foundation tested 19 drinking water treatment plants across the United States. The study found pharmaceuticals and metabolites at all of the locations tested. These plants provide drinking water for over 28 million Americans.

The Environmental Protection Agency funded a 2010 analysis of 48 research publications and found that 54 active pharmaceutical ingredients and 10 metabolites have been detected in treated drinking water.

Remarkably, though – given the risks – very little testing of the water supply is actually performed. Fewer than half of the water suppliers contacted by the AP could provide pharmaceutical test results – they had never conducted any. And even if testing is happening, no one is removing these compounds from the water. Most municipal sewage treatment facilities simply lack the ability to do so. Major upgrades would be required.

For its part, the federal government hasn’t yet mandated testing or established safety limits.

Infographic: Drugs in the water cycle. Click to enlarge.

How are these drugs getting into our water?

According to the QuintilesIMS National Prescription Audit database, well over four billion prescriptions were filled in US pharmacies last year alone. Add to this the $34 billion in over-the-counter retail sales during the same period, and we begin to get a clearer picture of just how much medication is filtered through the average American’s body annually.

These chemicals find their way into the environment in a couple ways: excretion (the body doesn’t metabolize 100% of the ingested drug) and industrial disposal of expired prescriptions, which contributes significantly to the problem because the most common methods employed are incineration and landfill dumping. With incineration, toxic compounds are released into the air, where they eventually settle onto the ground or in bodies of water. Pharmaceuticals discarded in landfills can leech into underground water streams over time.

Are these drugs harmful to humans?

Short answer: we don’t yet fully understand the extent of the risk to humans, but as American Rivers notes, there’s ample concern “chronic exposure to numerous compounds could cause serious health problems and that compounds can act synergistically to cause adverse health effects.”

Of particular concern is the presence of endocrine disruptors, which come from a variety of agricultural, industrial, and domestic sources, including pharmaceuticals.

These compounds disrupt internal biological processes such as development, growth, and reproduction that are regulated by hormones.

The fish in the Potomac River may look normal at first glance, but many of the Potomac’s male bass are producing eggs, and similar “intersex” fish are being found in rivers across the country.

While scientists have yet to pinpoint the cause of this mutation, it’s thought that a group of compounds known as endocrine disruptors are responsible.

According to a 2004 research study, fish exposed to effluent from a cattle feedlot in Nebraska experienced reproductive abnormalities, including reduced testes size in male fish and a lower level of estrogen in female fish. The study reported the use of androgens in growth implants in the feedlot as one possible cause of the abnormalities.

And while direct links to human pathologies are yet to be established, the effects of endocrine-disrupting drugs on animal reproduction are well known:

A 2007 study reported that 75 percent of male smallmouth bass in certain areas of the South Branch of the Potomac River basin had ovarian tissue in their gonads. The study concluded that a combination of EDCs was likely to have caused the feminization of the male fish.

While fish and people are quite different, it’s understandable if this data makes you nervous. You aren’t alone in wondering if the same kinds of things – or even worse things – might be happening to you and your family.

The good news is hundreds of scientists are currently studying potential long-term impacts on human health. Much of this work focuses on broad assessments of risk, while other studies dial in on more specific questions. Researchers at Penn State, for example, are investigating the possibility drugs in our water could be fueling a much-publicized public health problem: antibiotic-resistant “superbug” bacteria.

What can be done?

At present, there is no obvious comprehensive solution, and the pharmaceutical saturation of our environment should continue for the time being. Driven by a variety of dynamics, including the medical needs of an aging population, the global prescription market is expected to grow to $1.6 trillion by next year (up $600 billion from 2009), meaning we can expect the environmental impacts to continue, or even worsen.

It’s important that we begin taking all possible steps as soon as possible, though, in order to mitigate the damage being done to the environment. For now, there are at least five things we can do.

As the evidence cited above suggests, what we know is disturbing, and we’re far from knowing all we need to (especially about the impact of environmental pharmaceuticals on humans). Governments, corporations and NGOs around the world should immediately begin investing significantly in research programs aimed at asking and answering a wide range of pressing questions.

As noted, very little testing is currently being done to measure the presence of pharmaceuticals in our ground and drinking water supplies. Developing methods to understand precisely how much our water is being contaminated is crucial, and this data will prove invaluable for researchers studying the impacts.

It’s essential we develop the means to remove these chemicals from water supplies at the municipal level. If we can also evolve methods for treating ground water so that the impact on animal life is lessened, this would benefit the entire ecosystem and perhaps mitigate potential as-yet-unknown long-term effects on humans who consume meat and fish.

There is presently no safe means for disposing of unused or expired drugs. Current processes result in these chemicals entering the water supply directly or indirectly. Once technology is developed to dispose of these chemicals in a way that sequesters the pharmaceutical agents, we will have made a significant stride toward ridding our environment of harmful drugs.

According to the Healthcare Distribution Management Association, retailers are forced to return $3 billion in expired pharmaceuticals each year. These drugs must then be disposed of – and again, there is no effective means for doing this.

As it turns out, this apparent excess of product isn’t a function of oversupply at all, but is instead a result of the lack of adequate redistribution mechanisms. In fact, of all the issues facing the healthcare industry, perhaps none is more serious than a drug shortage problem, which adversely affects numerous patients each day. Hospitals are the hardest hit, as patients routinely require medications that the pharmacy doesn’t have in stock. Many pharmacies attempt to address the issue manually by picking up the phone and calling around to other pharmacies in the area, an approach that’s time consuming and inefficient (and that often yields limited results). Some hospitals have gone so far as to hire full-time pharmacists whose sole job is to track down in-demand drugs.

The solution is an elegant one: develop a national pharmaceutical exchange – sort of like a prescription eBay – allowing pharmacies to quickly find the drugs their patients require and to offer excess and/or expiring drugs for sale to facilities that need them.

A Colorado startup called ExchangeMeds developed just such a platform a few years ago. The company shuttered in 2014, hampered by a lack of investment and the fact that interstate drug transfers are currently prohibited, making it more difficult to establish the critical mass necessary for a working marketplace. Before it closed, though, ExchangeMeds clearly demonstrated the operational and technical viability of an online pharma marketplace.

Changing the laws and establishing a federal regulatory structure would go a long way toward enhancing the prospects of a business like ExchangeMeds, and tax incentives to encourage investment in an exchange marketplace could help spark innovation and competition, driving both environmental benefits and pharmaceutical cost savings.

As suggested, more research is needed. But this shouldn’t be taken as a justification not to act now. Even if we eventually learn that environmental pharmaceutical pollution has no meaningful effect on humans – an eventuality that’s possible, if unlikely – the impact we already see on wildlife is enough to merit a response.

There are meaningful benefits for healthcare costs and the potential for a productive new exchange industry, which would create jobs and drive tax revenues, as well, making the proposed course of action a risk-free win for everyone.