Bohemian Rhapsody: your mileage WILL vary

The new Queen biopic is deeply flawed and powerfully rewarding all at once. Sorta. Maybe. 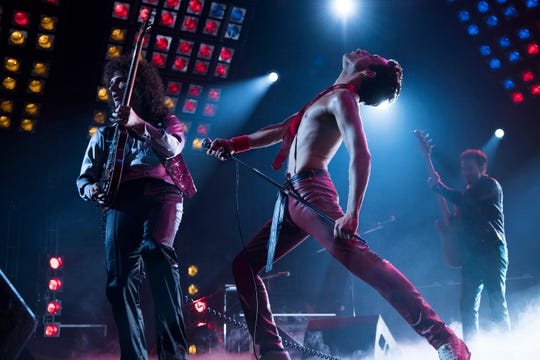 My friends know how much I worship Queen and, therefore, how much I was anticipating/dreading Bohemian Rhapsody, the new biopic about the band and its iconic talisman, Freddie Mercury, whom a lot of us regard as the greatest singer and front man in Rock history.

I saw the flick on opening night – something I pretty much never do. Here are my three comments, and I’ll try to be brief.

1: The first half of the film was like sightseeing in a speeding car. In short, BR tries to do way too much in way too short a time. A lot happened between Smile and Live Aid, and no filmmaker who ever lived could have done all of it justice in what, an hour?

Bohemian Rhapsody shouldn’t have been a movie. It should have been a 13-episode season on AMC or Netflix.

2: The writers take epic liberties with the facts. As I was watching I knew some parts were taken out of order and others were utter fabrications. This Hollywood – you know going in it ain’t gonna be no documentary, so you accept the conventions and hope for a film that’s true, even if it isn’t factual.

Boy howdy. I’m trying to recall right now if they got anything the way it actually went down. The fact-check is an utter bloodbath. So if your like your “true stories” to hew a little closer to the journalism of the matter, then BH doesn’t even earn an F. Is there a G-?

The infuriating things about this are:

a: The film is about Freddie…Fucking…Mercury, one of the most fascinating personalities in history. Why do you have to make stuff up? Holy hell, if you have to fudge to make an interesting flick about Mercury’s life you may not be cut out for storytelling.

b: Brian May and Roger Taylor served as creative consultants on the film. And apparently didn’t object? I mean, come on guys. You met Freddie, right?

3: All this said, the movie finishes beautifully. If you’re willing to get past my gripes re: making shit up and take Bohemian Rhapsody for what it is – a highly fictionalized story about a beloved band that makes rough use of some events from its career – it winds up being well worth the money.

The speed-tour slows down eventually, and commencing with what we’ll call the “rain scene” it begins building through a powerful denouement. Spoiler alert: the whole breakup/reuniting/Live Aid sequence is perhaps the leading offender in the fact-check linked above, but if you knew nothing of the band or its history you’d probably come away affected by the emotional weight of the story. I shan’t get into details, but the ending connects in a way that resonates for music lovers and those who appreciate a good Shakespearean flaw.

And all the wonderful things you’ve probably read about Rami Malek’s performance are true. He inhabits Freddie’s insecurities masterfully, giving equal weight to his faults and his strengths in a way I think is Oscar-worthy. Maybe not a win, but a nomination would be more than appropriate.

In the end, your reaction to Bohemian Rhapsody is going to have a lot to do with you and how you approach it.

Your mileage will vary.