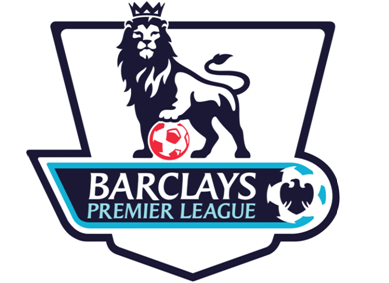 A good bit has been written about new TV deals for England’s Premier League – Sky domestically and NBC in the US – and the numbers are frankly mind-boggling: Sky is ponying up more than £5.1B (~$7.75B) and NBC is paying around $1B for rights through 2021-22. When rights for all international deals are factored in, the Prem will haul in around $4.3B a year. (Massively detailed analysis here.)

This is great news for the league’s clubs, obviously, as the payout for even the worst teams will assure that they’re wealthier than all but the biggest clubs in the rest of the world. The top 14 English sides are already among the world’s 30 richest before the new deal even takes effect.

This is awesome news for the world’s top players, obviously, as more cash means higher wages. It’s great for fans of the Prem, as the quality of competition is sure to rise. It’s especially great for fans of second- and third-tier clubs. They still can’t match the financial heft of a Chelsea or the Manchester teams, but they’re now going to be able to outbid big continental sides for talent. You can already see the creeping threat of parity this season, with lowly Leicester actually leading the league and newly promoted Bournemouth taking elite scalps left and right (Chelsea last week, United yesterday).

It’s less awesome news, though, for the rest of Europe. Take Germany, for example. One of the world’s top three or four leagues knows it’s in trouble.

Late last month, Spanish blogger Roberto Bayón published a fascinating chart. Sourced with the best available data—official statements and credible estimates—he compared the total television revenue, per club, in the five biggest European soccer leagues. It didn’t take long for his findings to wind up on Reddit, where one commenter summed things up nicely: “Only Barca, Real and Juve earn more [in TV revenue] than QPR… That’s sick!”

Yes, Queens Park Rangers, last season’s worst Premier League club, is one of Europe’s most lucrative teams, based on TV revenue. It made almost twice as much in TV revenue as German champions Bayern Munich (90.8 million Euros to 50.6 million Euros, respectively).

The question, How do we remain competitive? has become particularly vexing in Germany. Last season, the Premier League grossed about five times as much in television revenue—foreign and domestic—as the Bundesliga. Today, it’s a tossup as to which league is the world’s best, but with such a wide revenue gap, it won’t be for long. Strategies for Germany to remain competitive could challenge the very foundation of how the Bundesliga operates.

Similar questions face Europe’s other top leagues – Spain, Italy and France. In sum, how can you operate at the highest level when England’s worst club can outbid you for talent? A top official at France’s St. Etienne put it this way:

The Premier League will become the NBA of football. It will be greater than the Champions League. Clubs such as Manchester United or Chelsea will have budgets of €700 or €800m,” he was quoted as saying in the French media. “What is happening in England will impact on Germany, Italy, Spain.

What are France, Spain, Italy and Germany to do?

There are a few things that could happen to address the growing imbalance. It’s possible that lobbying from the continent’s top teams (Real Madrid, Bayern Munich, Paris-St. Germain, for instance) could entice UEFA (or even the EU) to legislate a solution, and said solution could theoretically take a number of forms. Of course, all that TV money means more cash to help England lobby right back, and European football has a pretty Darwinist tradition when it comes to competitive issues.

It’s possible that everyone accepts the status quo, although if you’re a proud club with a long history of dominance (like Real, Bayern, Barcelona and Juventus) that’s going to be a hard pill to swallow.

What isn’t going to happen is the emergence of similar revenue deals for these leagues. For all kinds of reasons, Prem-style TV contracts aren’t feasible, at least not in the foreseeable future.

So if you’re those top European clubs, what’s left? One idea that has floated around before might be due for a comeback – the European Super League. Wikipedia sums it up:

The concept of a European Super League consisting of the best football clubs from across Europe has been discussed for years and has occasionally been officially proposed, but the idea has not yet got off the ground. In 1998, Italian company Media Partners seriously investigated the idea. The plan died after UEFA moved to expand the Champions League competition and abolish the Cup Winners’ Cup in order to better accommodate clubs that were considering defecting in order to join the proposed Super League. In July 2009, Real Madrid’s Florentino Pérez championed the idea. In August 2009, Arsenal manager Arsène Wenger predicted a super league would become reality within 10 years time due to revenue pressure on the continent’s elite teams. In February 2012, Clarence Seedorf also predicted the inception of the competition, and gave it his backing. In April 2013 Scotland manager Gordon Strachan said that he believes the Old Firm clubs of Rangers and Celtic would join a future new 38-club two-division European Super League.

If you’re a big club, the SuperLiga perhaps begins to make a lot of sense. You cannot compete against England in the current atmosphere, and the Premier League’s strength is going to continue eroding both your club and the domestic league in which you play, with the result being that in time you’re going to be merely the best minor league team in your country.

What does this new Super League look like? Well, it’s probably either 36 or 40 teams. It’s two divisions. And it will fairly ruthlessly pluck the wealthiest clubs from the continent. It may try and find a way to allow teams that aren’t initially included to earn their way in (money being money, after all, and if a power emerges from a large urban area in a nation that isn’t currently involved, well, that’s TV revenue).

Based on the Deloitte Football Money League rankings, here are your likely top 24 clubs (sorted alphabetically).

If you know anything about football, you realize immediately that these sides form the foundation for a remarkable competition, and its ability to negotiate TV deals would be formidable. Not only would the top flight rival, if not exceed, the Premier League in quality and star power, the second tier would be dramatically superior to the English Championship.

But as wonderful as this would be for fans of elite football, it would also have a nasty downside: it would ravage the domestic leagues in participating countries. Hannover 96, for example, goes from being a respectable mid-table player in a top league to being a larger player in a Bundesliga that’s now a football ghetto.

Yes, European culture is rich with rabid support for smaller clubs, but what a Super League means is that there is no longer a middle class. You’re either hyper-rich or you’re a developmental operation.

It’s possible that a Super League set-up would seek to address this inequity by setting aside a chunk of revenue for what’s left of the domestic leagues – big clubs have a vested interest in player development, after all, and their academies probably can’t provide training for all the young players who might one day turn into useful assets.

Whether you like it or not, though, the likelihood of a Euro Super League grows by the day. If you’re Real Madrid, the prospect of second-class citizenship is simply not to be entertained, period. Same for Juve, Milan, Inter, Bayern, Barca and PSG. If you’re in that next tier of clubs, you’d leap at the opportunity to be included in something as lucrative as the Super League. If you’re smaller than that, well, too bad.

This will mean a stake through the heart of a vibrant tradition in world sports, but it’s ultimately the same dynamic Americans have witnessed with the consolidation of college athletics into superconferences.

Big money waits for no one and respects nothing but the balance sheet. Given the logic of modern society, it’s hard to imagine that the prospective members of the Euro SuperLiga see any choice.