I’ll assume you’ve been following the news and don’t need me to backstory this for you. If you haven’t heard a lot about Hunter Biden and Ukraine this week you’re in the wrong place. You meant to go here.

I’m watching this story with disbelief. I mean, are the GOPpers right? Did Uncle Joe pull strings and get his boy a cushy “consulting” gig for which he had no obvious qualifications? Uhhh. Probably.

This sort of thing isn’t new. It isn’t rare. It’s the rule, not the exception.

Also: it isn’t partisan. It’s called “nepotism,” and it’s how kids of the rich and powerful job hunt. Republicans do it. Democrats do it. Government officials do it. Business leaders do it. Basically, the haves do it.

So the Bidens haven’t done anything  remotely unusual here. They’ve played the game by the established rules. All of a sudden, though, the GOP is righteously offended. How. Fucking. DARE. They? How dare they do what everybody else, including us, is doing?

My reflex reaction was what the actual fuck? Have Republicans lost their goddamned minds? Do they REALLY want to throw a lot of light at political nepotism? It’s the most breathtaking case of people who live in glass houses firing artillery I’ve ever seen.

I mean, you know: 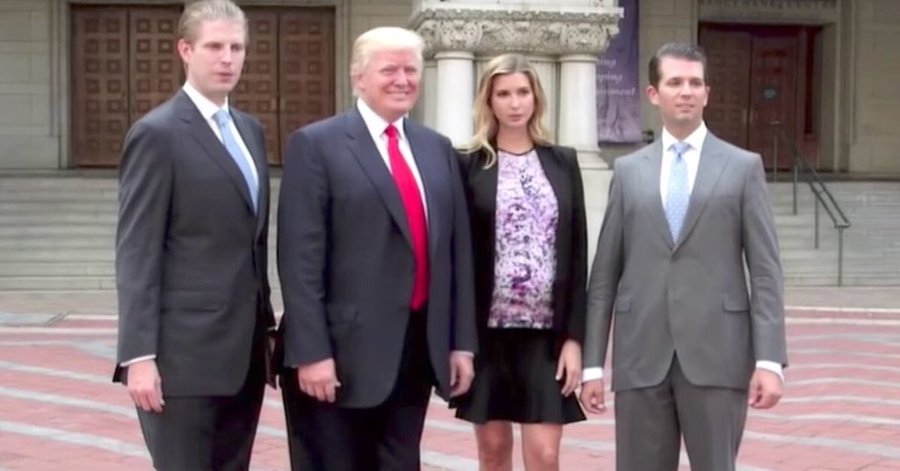 Most people have heard of Ivanka and Jared, but the first family is far from the only group of relatives staffing the Trump administration.

A Daily Beast examination of public records reveals that there are at least 20 families, joined by either blood or marriage, in which multiple members hold some federal post or appointment. They include the families of some of Trump’s most prominent campaign supporters and agency officials, including one cabinet officer. The posts range from senior White House staff to more ceremonial and advisory positions.

A few of the most prominent cases came to the fore in recent weeks with the hiring of Eric Trump’s brother-in-law to be chief of staff at the Department of Energy and the nomination of Brett Talley to a federal judgeship in Alabama. In paperwork filed with the Senate Judiciary Committee, Talley failed to disclose that his wife is the chief of staff to the White House senior counsel Don McGahn—presenting a potential conflict of interest if the administration ever argues a case in Talley’s court.

Despite himself, Trump occasionally says something that’s correct: he was dead right in calling DC a swamp. No, he doesn’t actually mean it, of course. He was just whipping the yahoos into a lather. But the words were accurate.

And nepotism is one of of the swamp’s leading exports. In America, plum positions don’t go to the most qualified, they go to the best connections. Show me someone from a poor or working-class background who has made it to the top and I’ll show you someone who worked 100 times harder than his/her peers.

And now the GOP is calling attention to it?

This can only mean one thing: they have no fear whatsoever of a public backlash against nepotism. They believe they can convince America this form of elite corruption is something Liberals do, and only Liberals. Despite all evidence, the average voter won’t be able to look directly at two and two and come up with four. The same guy who sits at his job and bitches non-stop about his boss, the owner’s lackwit kid, the guy who sees nepotism in all its raging glory at work five days a week (and who loves the fact that the owner supports all the right Republicans during election season), that guy will be outraged about Hunter Biden and cannot fucking wait to vote for Trump again.

This is what the l’affaire Biden tells us about how the Republican Party sees America.

I wish I thought they were wrong.