Muhammad Ali: The Champ for racial equality and social justice

Not everybody loved The Greatest: what Muhammad Ali meant to one racist Southern kid

That was always the difference between Muhammad Ali and the rest of us. He came, he saw, and if he didn’t entirely conquer – he came as close as anybody we are likely to see in the lifetime of this doomed generation. – Hunter S. Thompson 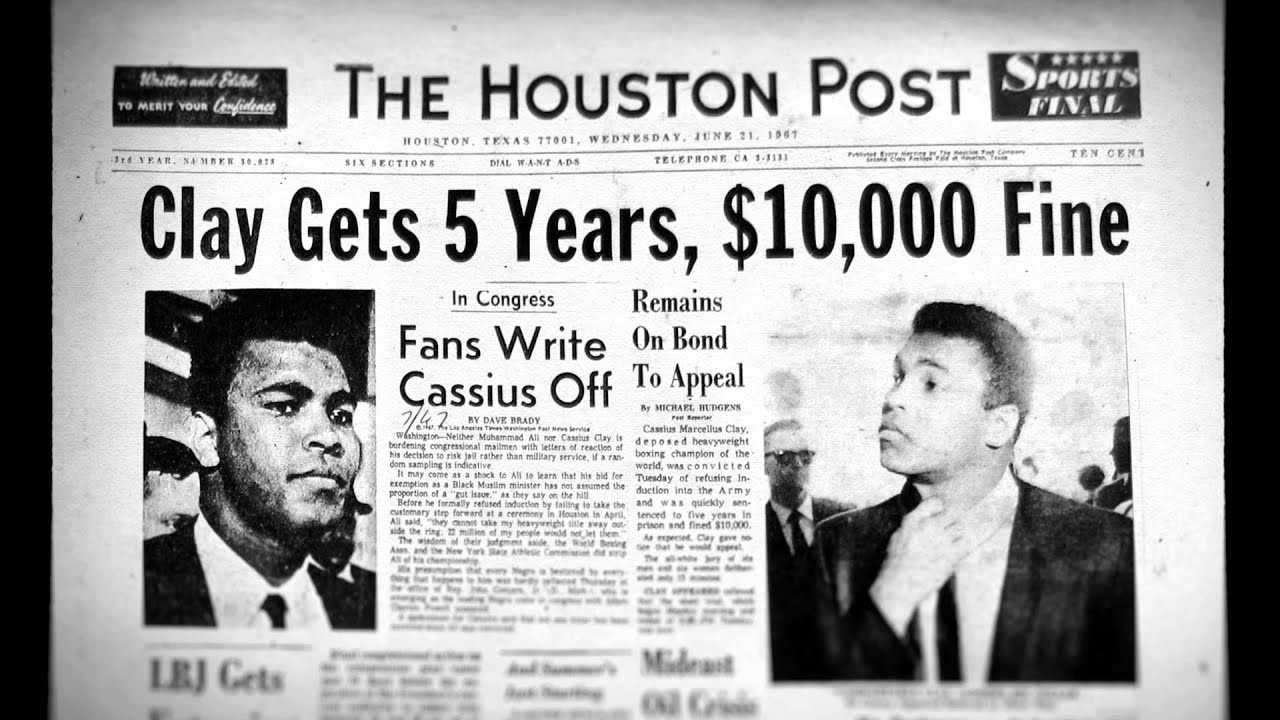 I grew up in the ’60s and ’70 in a rural Southern culture that was stereotypically:

As a kid, all you know is what you’re taught. So I had a lot to learn, and the road from there to here was not a short, smooth one.

I remember the outrage in my narrow little world surrounding the ascendance of Cassius Clay. At first he was simply another uppity [insert racial epithet beginning with “N” here]. Clay was brash, loud and cocky, and worst of all, he was every bit as good as he said he was. He wasn’t the first Negro to whip the asses of white men, but he was damned sure the mouthiest about it. The culture in which I was raised valued humility in all people, and it insisted on it from its second-class citizens, who above all were expected to understand their place.

It got worse. Clay converted to Islam and changed his name to Muhammad Ali. Then he blew the lid off by refusing to go to Vietnam. I was too young at this point to really understand the politics, but I do remember how mad my grandfather was. From his perspective, it would have been harder to find anyone who more perfectly embodied all that was wrong with the rapidly changing, post-Civil Rights Act American social landscape than this young black man from Louisville. But from a more aware perspective, it’s impossible to indict Ali’s logic.

My conscience won’t let me go shoot my brother, or some darker people, or some poor hungry people in the mud for big powerful America. And shoot them for what? They never called me nigger, they never lynched me, they didn’t put no dogs on me, they didn’t rob me of my nationality, rape and kill my mother and father. … Shoot them for what? How can I shoot them poor people? Just take me to jail. (Watch the video here.)

Ali was stripped of his title. That made the adults in my culture happy.

About the time Ali was allowed to fight again I was coming into an age where I was able to track not only Ali the athlete, but I was able to start thinking a little about the social issues. I was far from enlightened, of course. It was a confusing time in my house, where the same man who ranted about “niggers all over the TV” would spend his own money to engage in gratuitous acts of compassion toward a poor black girl his grandson went to school with. A decade later I was still failing to be kind of person I should have been, in ways I will always be ashamed of.

I now know you don’t kill off racism overnight. The hatred and ignorance that’s programmed into you as a child, that takes years, maybe decades to overcome (if you ever do at all). For a society I think it’s clear that the process takes generations, and maybe centuries.

I can say for certain, though, that Muhammad Ali was a critically important milestone in the journey of this racist rural Southern kid. When I heard him speak, I was incapable of feeling hatred. I know what I was supposed to think, but I didn’t. He was incredible. His talent was like nothing we had seen before. His charisma spilled off the little black and white television and filled the room. White people might have hated him, but he didn’t hate us. And he believed enough in his convictions of fairness and equality and peace and love that he was willing to give up his career and possibly go to jail in order to do the right thing.

Ali was instantly my favorite boxer, and one of my favorite athletes in any sport. I didn’t realize it at the time, but he had become a role model. He was, in every possible respect, the sort of person that I aspired to be. At the time I didn’t quite grasp how many millions of people around the world – and maybe billions – felt exactly the same way. He said he was the most popular man on the planet and – again – he was right.

Best of all, though, he was famous for all the right reasons. Best at what he did – check. A person governed by principle – check. A leader committed to being the voice for the world’s voiceless – check.

If I got to live a thousand more lifetimes I doubt I would ever be the positive force for social progress and justice that Muhammad Ali was. But because of the life he lived, myself and people like me try harder.

You were indeed The Greatest. Sleep well, Champ.