Today, if we choose to listen, we’ll hear a great deal about America, about the last decade, about the lessons we’ve learned. Football will be played. Flags will be waved. Tears will be shed.

And tomorrow we’ll be exactly what we were yesterday, only moreso. Maybe today is a bad time for critiques. Or maybe it’s the perfect time. Hard to say. But if you find a few minutes today and need a breather, here are some innocent distractions for you.

END_OF_DOCUMENT_TOKEN_TO_BE_REPLACED

John, Elizabeth, Rielle and the dumpster fire at the end of the world

There’s a train rolling to a stop just outside of town. It’s a long train, and each flatbed carries 20 dumpsters. Each dumpster is filled to overflowing with nuclear waste and flaming grease. As the copter shot pulls away the final credits roll over the first few bars of Tears for Fears’ “Everybody Wants to Rule the World.” We can all breathe a sigh of relief – all is well now, but just a few moments ago this train was hurtling at top speed toward the city center, its murdered conductor’s body holding the throttle in full-steam position.

This isn’t some wholesome, Focus on the Family-friendly Thomas the Train, folks. No, sir. This is the toxic, Viagra-addled nuclear dumpster grease fire Johnny the Train from Hell, and it came that close to plowing headlong into the unshielded nards of American democracy. END_OF_DOCUMENT_TOKEN_TO_BE_REPLACED

The Best CDs of 2009: the Album of the Year, and the Band of the Decade

END_OF_DOCUMENT_TOKEN_TO_BE_REPLACED

9/11 happened on Obama’s watch! GOP noise machine already hard at work on the history books of the future

Something wicked this way comes.

There are a number of problems with these assertions, not the least of which is that when Saudi terrorists started flying hijacked jets into large buildings on September 11, 2001, George W. Bush had been president of the United States for the better part of eight months. The lapses in memory noted above are all striking, but especially so in the case of Giuliani, who was, from September 11 until he dropped out of the presidential race on January 30, 2008 (a span of roughly 2,332 days, if my math is accurate), unable to say so much as “hello” without somehow shoehorning “9/11” into the conversation. END_OF_DOCUMENT_TOKEN_TO_BE_REPLACED

Disgraced former NBA referee Tim Donaghy, who was convicted of two charges related to betting on NBA games (some of which he worked as an official), is out of prison, pimping a new book and telling his story to 60 Minutes and ESPN. What he’s saying, and who’s backing him up, has to be giving NBA Commish David Stern a king-hell case of the nightsweats.

We’ll stipulate up front that the witness has a credibility issue. END_OF_DOCUMENT_TOKEN_TO_BE_REPLACED

Democracy & Elitism 2: performance elitism vs privilege elitism, and why the difference matters

“Elite” hasn’t always been an epithet. In fact, if we consider what the dictionary has to say about it, it still signifies something potentially worthy. Potentially. For instance:

e·lit·ism or é·lit·ism (-ltzm, -l-) n.
1. The belief that certain persons or members of certain classes or groups deserve favored treatment by virtue of their perceived superiority, as in intellect, social status, or financial resources.le

That definition, while technically accurate enough, could use a bit of untangling, because it embodies the very nature of our problem with elitism in America. In popular use, the term “elite” and its derivatives has been twisted into a pure, distilled lackwit essence of “liberal” – another once-proud word that fell victim to our moneyed false consciousness machine. END_OF_DOCUMENT_TOKEN_TO_BE_REPLACED

Democracy & Elitism: an introduction to the American false consciousness

Part one in a series.

Is there a more radioactive word in American politics today than elitist?

Admit it – you saw the word and had an instinctive negative reaction, didn’t you? If not, then count yourself among the rarest minority in our culture, the fraction of a percent that has not yet had its consciousness colonized by the “evil elitist” meme. If not, you’re one of a handful of people not yet victimized by a cynical public relations frame that poses perhaps the greatest danger to the health of our republic in American history.

Pretty dire language there, huh? Perhaps we’ve ventured a little too deeply into the land of hyperbole? It might seem so at a glance, but in truth the success of any society is largely a function of the things it believes and how those beliefs shape its actions and policies. END_OF_DOCUMENT_TOKEN_TO_BE_REPLACED

Is your house haunted?

Horror of the “gothic” variety that occupied so much of the conversation between Byron and the Shelleys (these would be the conversations that ultimately gave rise to Frankenstein) has traditionally traded in some easily recognizable tropes. Among the most common are your haunted places. Swamps and moors are always a little scary. Graveyards and crypts, of course. Transylvania.

And then there’s haunted houses. Dark mansions, castles on top of hills. Abandoned homes where terrible things once happened. Subdivisions built on top of Indian burial grounds. And so on. END_OF_DOCUMENT_TOKEN_TO_BE_REPLACED 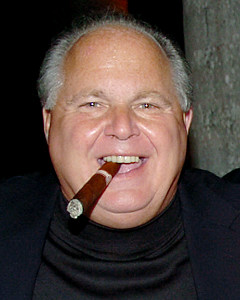 America’s democratic ideal doesn’t work perfectly. Sometimes it doesn’t work at all, and in these cases it feeds our cynicism to the point where we’re tempted to conclude that the very possibility of true freedom is a sham. I know whereof I speak, because there are few people out there more soaked in bile than I am.

Still, this whole “marketplace of ideas” is a marvelous concept. Perhaps the most marvelous concept in history. Drawing on the Miltonian belief that if people are allowed to enter the agora and freely state their cases, then “the truth will out” (that is, an educated and informed citizenry will unerringly perceive the truth and that weaker ideas will be disregarded in favor of stronger ones), our nation’s founders crafted a Constitution that assured people the right to voice their opinions, free from government intrusion. END_OF_DOCUMENT_TOKEN_TO_BE_REPLACED

On September 22, Politico ran an article by Glenn Thrush that egregiously misrepresented the words of  Rep. Tom Perriello (D-VA). The subject was town hall meetings and racist comments that he had witnessed. In due course Thrush’s “error” was “pointed out” and Perriello’s actual words were substituted. (The original post, corrected, appears here.) Thrush then issued an explanation and apology.

So far, no crisis. Mistakes happen, are fixed, retractions and apologies are run, the world is right again, right? END_OF_DOCUMENT_TOKEN_TO_BE_REPLACED

The Summer of Hate provides a watershed moment for “reasonable Republicans”

I’m not a Republican, but I know many people who are. I have GOP friends, co-workers and family members, and for that matter I used to be a Republican myself. A long time ago in a galaxy far, far away, to be sure. But it’s true.

It’s no secret that I don’t agree with the GOP on much of anything these days, but there’s kind of an odd element to my conversations with Republican acquaintances lately: a lot of them profess significant disagreement with the platform and policies of their party, too.

Taken in a vacuum, this is hardly surprising. END_OF_DOCUMENT_TOKEN_TO_BE_REPLACED

Michael Vick and the problem with forgiveness

Last Thursday the Philadelphia Eagles answered the question as to which team would sign a convicted dog-killer (there were 32 possible answers to the question, and “none of the above” wasn’t one of them), and in doing so touched off a long-awaited PR war for the souls of their stunned fans. END_OF_DOCUMENT_TOKEN_TO_BE_REPLACED

Why American media has such a signal-to-noise problem, part 1

Part one of a two-part series.

From Cronkite to Couric: the Kingdom of Signal is swallowed by the Empire of Noise

The recent death of Walter Cronkite spurred the predictable outpouring of tributes, each reverencing in its own way a man who was the face and voice of journalism in America for a generation or more. The irony of all these accolades is that we live in an age where “broadcast journalist” is such a cruel oxymoron, and we seem to speeding headlong into an era where the word “journalist” itself threatens to become a freestanding joke. Why, against this backdrop, would so many people who are so involved in the daily repudiation of everything that Cronkite stood for make such a show memorializing the standard by which they so abjectly fail?

As I read what people had to say about Cronkite, I realized that something I studied and wrote about over a decade ago helps explain why our contemporary media has gone so deeply, tragically wrong. END_OF_DOCUMENT_TOKEN_TO_BE_REPLACED

America and its presidents: what the fuck is wrong with you people?

Let’s begin with a brief Q&A with America.

Q: Let’s say you’re sick with a potentially deadly disease. Who do you want for a doctor?
A: The smartest, most experienced and highly qualified expert in the field.

Q: You’re looking to invest your life savings. Who do you trust to handle your money?
A: The brightest, most agile financial mind I can find.

Q: You’ve been selected to participate in a “private citizens in space” program. Who do you want in charge of building the rocket? END_OF_DOCUMENT_TOKEN_TO_BE_REPLACED

The NBA: where will “fixed” happen this year?

We watch sports for a variety of reasons. To revel in the thrill of head-to-head competition. To marvel at the athleticism. To root for the home team, in which we have somehow invested a piece of our own identities. To mark our place in the timeless ritual. To learn, even.

With the NBA, there’s one more reason: to see which narrative the league has decided is the most compelling.

Now, I’m not generally a conspiracy theorist. I don’t think the world is biased against me personally and I don’t believe that the refs are out to get my team. In most cases, my attempts to explain bad officiating, whatever the sport, need go no further than “basic incompetence.” END_OF_DOCUMENT_TOKEN_TO_BE_REPLACED