Instead of making yourself a tool for those whose agendas run counter to the best interests of the nation that flag represents, how about stepping back and asking  who’s playing you, and why?

This meme came across my Facebook feed earlier today.

Obviously somebody has an issue with Colin Kaepernick (and other black athletes) protesting injustice in America by refusing to stand during the national anthem. END_OF_DOCUMENT_TOKEN_TO_BE_REPLACED

Father of Muslim soldier’s message to DNC is powerful, but laced with manipulation and irony

Remind me – Khizr Khan’s son died in which war, again?

The headline and video couldn’t be much more compelling.

WATCH: Muslim Father Of Fallen Soldier Tells Trump ‘You Have Sacrificed Nothing’

The soldier’s father, Khizr Khan, could not be more right about Donald Trump, a narcissist of the first order, and maybe even a sociopath, who has spent his life serving nothing but his own insatiable, infantile id. END_OF_DOCUMENT_TOKEN_TO_BE_REPLACED

Security vs privacy: RadioLab and the case for the surveillance state

We all love freedom and the Constitution. But is it really that simple?

I’m a huge fan of a good debate. And by “debate” I don’t mean the sort of ginned-up scream-lie-and-spinfests we have come to associate with the term in the past few decades. No, I mean spirited, intelligent, thoughtful exchanges between parties with honest, good-faith disagreements. Lucky me, I tripped across one today.

My new friend – the lovely Christine – recently turned me onto RadioLab, and I’ve been streaming some of their podcasts while I work out. Today I listened to one that’s as fascinating as it is disturbing. It’s called “Eye in the Sky,” and if you’re plotting any crimes I suggest you give it a few minutes of your time before you pull the trigger, so to speak. END_OF_DOCUMENT_TOKEN_TO_BE_REPLACED

How can we best honor our fallen heroes on Memorial Day?

Today America honors its war dead, those who gave their lives in the service of freedom – not only ours, but in many cases they died to save innocent people in far-flung corners of the globe. This isn’t idle rhetoric, either. Ponder what the world might have been like had the Allies lost World War II.

Unfortunately, in recent years I have grown more cynical about “freedom” and those who died for it. END_OF_DOCUMENT_TOKEN_TO_BE_REPLACED 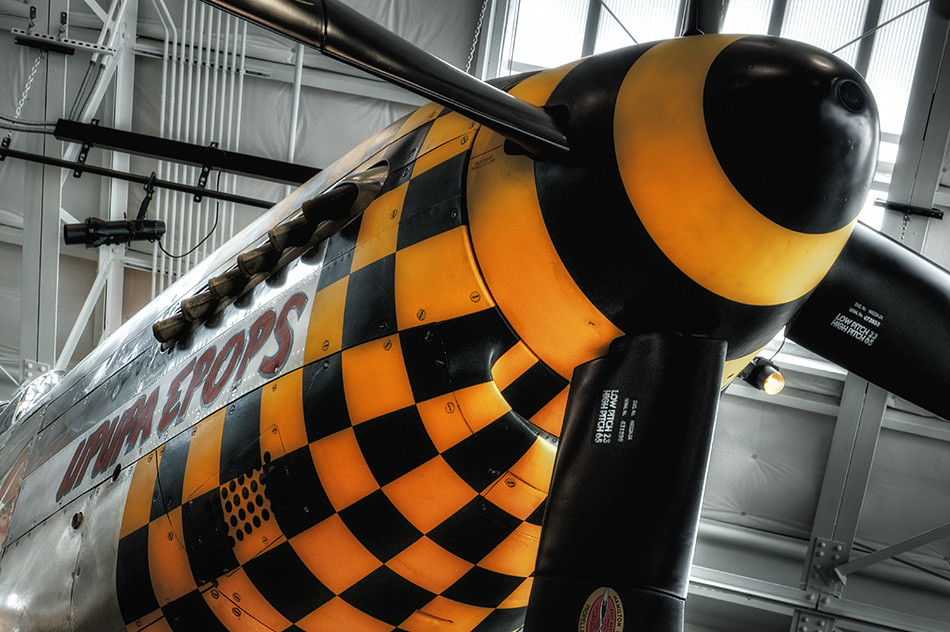 This plane, which currently resides in the Flying Heritage Museum in Seattle, was flown by Captain Harrison B. “Bud” Tordoff. Upupa Epops is the scientific name for the African Hoopoe Bird.

END_OF_DOCUMENT_TOKEN_TO_BE_REPLACED

Celebrating Memorial Day in an age of military aggression

The best way to honor our fallen heroes is to make sure there aren’t any more of them.

Today I honor our war dead, but I’m mad as hell that our leaders, corrupt and sociopathic as they so often are, have killed so many without cause. I’m enraged that some of these deaths are regarded by our society as less worthy of honor than others. And I’m livid with the certain knowledge that plans are afoot, even as we celebrate this holiday, to send more young men and women off to die in dishonorable, even criminal actions.

Perhaps we will keep this in mind as we enter election season, which will be rife with scoundrels wrapped in flags, scoundrels whose idea of honor and patriotism is sending other people’s children off to die in service to corrupt financial or bigoted religious agendas.

END_OF_DOCUMENT_TOKEN_TO_BE_REPLACED

You probably saw Russ’s piece yesterday on Vlad Putin being a possible for the Nobel Peace Prize. Yeah, I know, what a hoot, right? And you saw my comment on how they might as well give it to him because they jumped the shark when they gave it to Obama in 2009.

Anyway, this got me to thinking about doing a post on “Nobel committee jumps shark,” or somesuch. I mean, Obama hadn’t done dick at the time and since then his record has to have the Nobel folks wondering if there’s a way they can take it back. Enhanced interrogation, doubling down on every bad idea Bush ever had, the NSA mess, and now agitating for an invasion of Syria?

I recall writing about what a joke Obama’s Nobel was back when it was announced in October of ’09. I thought I had blogged it, but a search this morning reveals no such post. Which means it was instead a back-channel e-mail to our private S&R staff mailing list on Google groups. I’m damned if I save back e-mails for four years, but it occurred to me that you guys probably do.

So what I’m wondering is if you can do a quick search of my archive for October 2009 and find that e-mail for me? I can always do a post and say that “four years ago I said ___________,” but it’s a lot more effective if I can actually quote what I said.

If you can find five minutes to help a citizen out I’d be grateful. Hope you guys are doing well, and if I don’t hear from you today have a good weekend.

Way back in March of 2008, as the campaign was running in high gear, I made clear that while I wasn’t in love with the Democratic frontrunners, the emerging alternative was worse: John McCain represented the third Bush presidency.

I was undoubtedly right. But… You knew there was a “but” coming, didn’t you?

Poppy. Dubya. And now Barack. I was right – the 2008 election gave us the third installment in the Bush Dynasty.

Honoring the men who made Memorial Day possible

Today is Memorial Day, the annual holiday where we pay tribute to those who gave their lives in service to their country.

As always, not enough attention is focused on the men who made those ultimate sacrifices possible. for example:

END_OF_DOCUMENT_TOKEN_TO_BE_REPLACED

America gets divorced: what about custody of the energy and the nukes?

Part three in a series.

First look at this map:

Now this one, which indicates the location of US military installations: END_OF_DOCUMENT_TOKEN_TO_BE_REPLACED

Obama’s expanding crimes against our civil liberties: what if he’s right?

Much has been said and written about Mr. Obama’s distressing record on civil liberties. Many have gone so far as to argue that he’s worse than his predecessor, that he has assumed powers that are strictly forbidden by the Constitution, that he has begun acting more like a king than a president. These critics have a mountain of objective data from which to draw in making their case.

My mind never stops challenging, though, and this morning I woke up in a contrary mood. I find myself asking a simple what if: what if President Obama is, in fact, doing the right thing? What if his routine abrogations of the law are necessary? I’m not arguing that this is the case, but the question seems worth considering. END_OF_DOCUMENT_TOKEN_TO_BE_REPLACED

Nature publishes instructions on how to make a Frankenstein monster

My doctoral dissertation addressed what I called the “Frankenstein Complex.” So guess why this story bothers me.

Today, a scientific journal published a study that some people thought might never be made public at all.

The paper describes experiments that suggest just a few genetic changes could potentially make a bird flu virus capable of becoming contagious in humans, and causing a dangerous pandemic. END_OF_DOCUMENT_TOKEN_TO_BE_REPLACED

“I ain’t got no quarrel with them Viet Cong… No Viet Cong ever called me nigger.” END_OF_DOCUMENT_TOKEN_TO_BE_REPLACED

I think at some point in our lives, most of us imagine that it might be cool to be famous. But perhaps…perhaps not like this.

END_OF_DOCUMENT_TOKEN_TO_BE_REPLACED

Obama is talking the talk. Must be campaign season…

Yesterday, on Facebook, one of my friends posted a graphic of the president and this recent quote, which is making the rounds:

And today, over at the Great Orange Satan, msblucow has an interesting poll up aimed at gauging how likely voters are to support Obama’s reelection bid in 2012. More to the point, why they are likely to vote for him (or not)? If you click through to the poll, there’s a series of questions that asks if the president’s actions on a series of issues make you more likely to vote for him, less likely, undecided, or do his actions and policies have no effect. END_OF_DOCUMENT_TOKEN_TO_BE_REPLACED